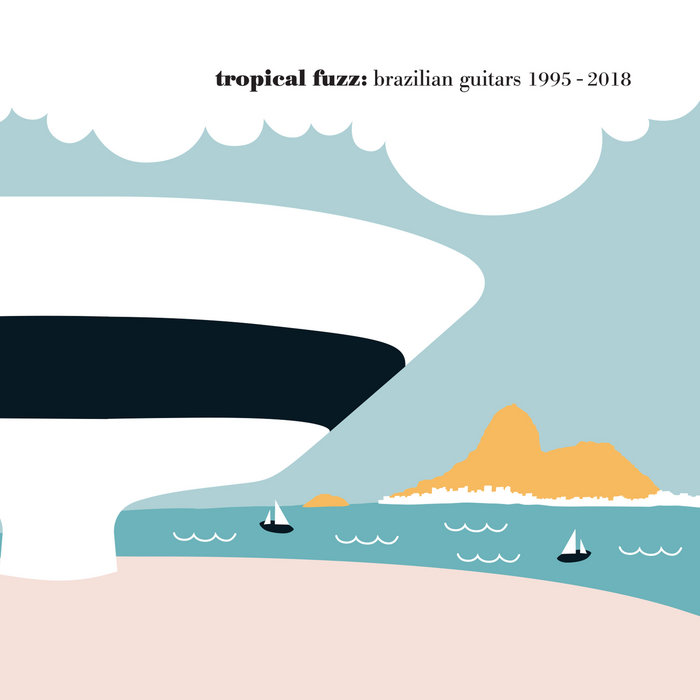 In 1998 we got in an argument that made headlines in the Brazilian music press: an important festival producer accused us of being "spoiled rich kids who dreamt about making it in London".

The producer was Paulo André, the guy who helped discover Chico Science & Nação Zumbi and catapulted all Mangue Beat scene from his hometown Recife to significant World recognition.

We were just a small label releasing our first CDs by The Cigarettes and Pelvs, two bands that were scheduled to play in the 1998 edition of Paulo's festival, Abril Pro Rock, and had their participation denied last minute. None of our bands ever had a fraction of Chico Science's recognition. Not even in Brazil.

The main reason for the veto was that both Pelvs and Cigarettes sung in English. Fuck, we were pissed off! So, we organized our own festival and called it "Algumas Pessoas Tentam te Foder" (or “Some People Try to Fuck With You”*).

But we are friends today.

And since November 2017 midsummer madness has a new home – in London.

We are always pissed off when people deny our Brazilianess. What's wrong with living in Rio de Janeiro and falling in love with my bloody Valentine rather than Caetano Veloso? Yes, we like Mutantes but we still think that Velvet Underground is miles better.

So, this is midsummer madness. We started as a fanzine in 1989, when it's founder, Rodrigo Lariú, was 16 years old. In 1991, we made mixtapes that sold together with fanzines. Later, in 1994 we got fed up with zining and morphed it into a label, releasing homemade cassette tapes.

Our first cassette was by Drivellers. Since then, we have been releasing Brazilian Music that is not the usual Samba, Bossa Nova, Batucada you might expect.

In 1997 we released our first CDs: The Cigarettes debut, titled "Bingo" and Pelvs second album, "Members to Sunna". Since then, we have put out cassettes, CDs, CDRs, vinyl and digital albums and EPs.

By July 2018, we reached 153 EPs, 58 albums and 43 singles from more than a 100 bands from Brazil, Argentina (2 artists) and even a compilation album by our idols, British band, The Telescopes.

This is not a success story. We are not in London looking for recognition. We will keep on putting out music that we love and maintaining a 30 year catalog with a thousand of songs because it’s in our blood.

So, we compiled "Tropical Fuzz". We think it's a good introduction to our catalog. It will be out on the 17th of August in two formats: a 22-song CD version with limited copies including recent releases, and a digital version with 50 songs covering the old catalog.

The CD is titled "Tropical Fuzz: Brazilian Guitars 1995 - 2018" because the oldest song in the CD is Stellar's "Sometimes Things Can't Be Said", released in cassette mm11 "Thrumming Soothingly".

The Digital version is titled "Tropical Fuzz: Brazilian Guitars 1988 - 2018" because it features "Lollipop", a song from Killing Chainsaw's first demo, recorded when our fanzine wasn't even printed.

What to expect? Noisy guitars, northern hemisphere influences, especially from UK and USA, some crossover with Brazilian rhythms and tons of broken English. We always thought that to be our charm. You'd never trust a Japanese guy singing Samba with a perfect accent, would you?

We are not going to describe each band here. It's 30 years of history and some of these bands no longer exist, especially in the 50-song version. But, please, listen to Tropical Fuzz and tell us which band you liked most and we will be pleased to send you more info about them.

Also, you can browse these websites:
mmrecords.com.br/english - this is our official website. Most of it is in Portuguese but our English section has some info on most bands.

midsummermadness.bandcamp.com - our official bandcamp comprises most of what we have released since 2014. Not all our catalog is there yet.

midsummermadness.com.br - we relaunched the fanzine, web style, in 2017. All Portuguese written, sorry.

www.youtube.com/user/mmrecordsbr - our YouTube page, with dozens of music videos.


* Algumas Pessoas Tentam te Fuder / Some People Try to Fuck With You is also the title of a b-side song by Teenage Fanclub.

Cover Art is based on MAC - Museu de Arte Contemporânea, in Niterói, in the neighbourhood where midsummer madness was created in 1989. Here's more info about the Museum:
culturaniteroi.com.br/macniteroi/

Bandcamp Daily  your guide to the world of Bandcamp

New sounds from Mavi, Ivy Sole & Moderator, plus AJ, the One joins the show, for her latest release